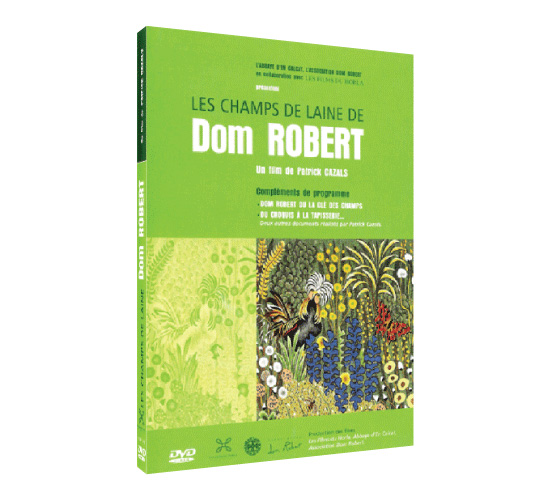 Born in 1907, Dom Robert whose real name is Guy de Chaumac is one of the masters of the contemporary tapestry making.
In the twenties he enters the Decorative Arts School in Paris. Bocontith his artistic and religious bent find their opening out in 1930 at Encalcat’s Benedeictine Abbey in Tarn.
In Aubusson, La Beauze’s workshop continues to weave Dom Robert’s cardboards to complete the fund passed on to Encalcat’s Abbey by Suzanne Goubely, its director.
The tapestry called “ The Creation of the World ” is finished. Falling from the tapestry frame the craftsmen seize the opportunity to talk about their collaboration with the artist.
The tapestry will be among the permanent collection of the coming Espace Dom Robert planned by the community of the communes of the Pays de Dourgne, in Tarn :
http://www.domrobert.com

DOM ROBERT OR THE KEY TO THE COUNTRYSIDE. 16 min

Dom Robert is a Dominican monk, a tapestry painter whose works are very successful. He works in his studio at En Calcat’s abbey, at the foot of the Montagne Noire. In his spiritual retreat, he talks about being a painter, his change, his contribution with Jean Lurçat at the rebirth of tapestry of basse-lisse in Aubusson/Felletin and his constant pictural searches.

FROM SKETCH TO TAPESTRY. 13 min

This document is a filmed thought about the origin of one of Dom Robert’s work inspired from the artist sketch notebooks.