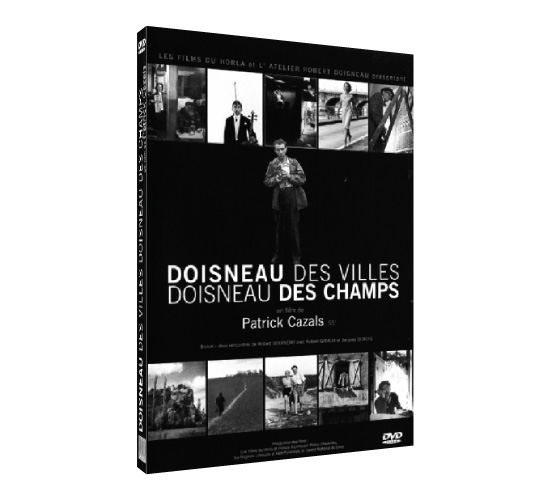 Friendship always made him do foolish things.Realized a year before he passed away, this film is a document shooted after twenty years of friendship.Doisneau comes back to his parisian areas with his ever lasting friends.
Surrounded by Maurice Baquet, Robert Giraud, he haunts his cafés and the banks of the Seine. His english biographer, Peter Hamilton, the film-maker Sylvain Roumette, Raymond Grosset his publisher of the Rapho Agency, the actress Juliette Binoche, all them evoke with tenderness the world of Doisneau.
But it is also in the landscapes of the Lot that we find the photographer in Saint Céré, Souillac and in Creuse, where he photographied many times faces and landscapes.
This film wants to be a non nostalgic walk-balade animated by this tenderness and humor which makes that each of Doisneau’ negative is a humility and humanity lesson.

It’s under the leadership of Robert Giraud, a lonely tormented soul, born in Limousin, that Robert Doisneau discovered the picturesque universe from Les Halles and many Parisian cafés.

Jacques Dubois first worked in A.M.Cassandre’s studio,the famous poster designer.
In 1934, his photography’s works became more and more noticeable. He exhibits with Tabard, Kertesz and Parry.
A true friendship will rise between Jacques Dubois and Robert Doisneau thanks to their participation to numerous reports.It’s in their common book “ Les Auvergnats “ that we really understand their closeness.