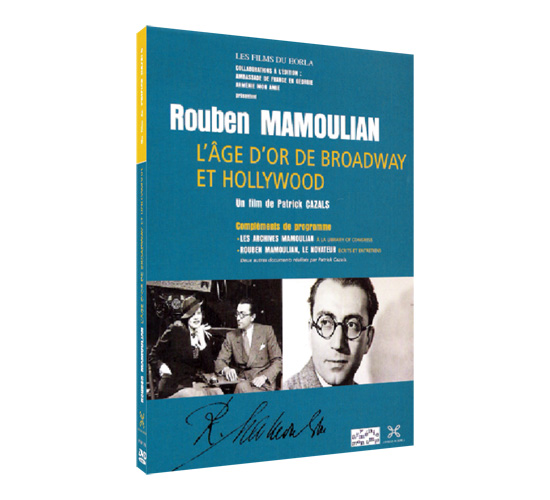 Armenian – American director Rouben Mamoulian,who was born in Tbilissi, Georgia, in 1897, and died in Hollywood in 1987 was one of the pionners of the Broadway musical theater and the Golden Age of Hollywood.
He directed Greta Garbo (Queen Christin), Maurice Chevalier (Love me tonight), Marlène Dietrich Gary Cooper (City Streets), Rita Hayworth (Blood and sand) in some of their finest roles. He made such amazing pictures as Mark of Zorro and Dr Jekyll and Mr Hide and enriched the early talkies with his daring innovations.
To mark the 20th anniversary of his death and Armenia Year in France, this film looks back at Mamoulian’s dense,complex carrer.
This document, which takes place in Tbilissi, Rochester, New York, Los Angeles but also in Paris reminds the audience about Mamoulian’s talent in having enriched the cinema with his romantic sensitiveness and imagination as many other strong personalities from central and oriental Europe such as Michaël Curtiz or Ernst Lubitsch exposed in their art.

In 1977, Rouben Mamoulian decided to confide all his personal archives to the Library of Congress of Washington DC.
Alice Lotvin Birney, who is responsible of the Artists manuscripts in this great institution talks about this transfer and the particular care that the film-maker gave to the preparation of his future collection . Many documents illustrate the interview.

Rouben Mamoulian technical darings and decisive contributions to the cinema language are often unknown.
Through various testimonies from Christian Viviani, the historian of the american cinema and musical, the film-maker Henri Verneuil but also thanks to Rouben Mamoulian own archives and texts, the director of Queen Christine is asserting himself as an innovator.